The idea for this particular post actually came from one of my housemates. I was feeling rather uninspired and asked around what they thought I should make and one of them suggested this – I did make her a Battenberg birthday cake a few years ago. I am really glad she suggested this though as I forgot how nice fresh Battenberg could be!

Battenberg cake has a light, almondy sponge and can be flavoured with several different things. While the standard Battenberg cake is a long, 4 segmented pink and white chessboard, it has spawned a myriad of other cakes. The first one I made was back in 2011 after the Great British Bake Off technical challenge was Mary Berry’s Coffee and Walnut Battenberg. As a lover of both coffee and walnut cake and baking, I had to try it out! The cake itself was really good but as I discovered, I am not the biggest fan of marzipan! Since then, I have seen countless variants on the Battenberg popping up, some with chocolate, some with mint or green tea. You can even make circular Battenbergs now though that does seem a little time consuming to me!

It is traditional to glue the sponge and the marzipan together with jam (either strawberry or apricot) however I don’t really like jam that much so I tend to use buttercream. The cake is reportedly accepted to have been created for the wedding of Louis Mountbatten to Princesses Victoria (granddaughter of Queen Victoria) however there do seem to be appearances of the Battenberg cake under other names. The cake is so distinct that the black and white squares on police cars and ambulances are called Battenberg Markings as they look so much like the cake.

The recipe below can be doubled to make two or three cakes (depending on the rise). Cook the white and pink sponges separately and then carve them up to create the long squares for the cake. The last time I made this, the sponges didn’t rise as much as I hoped so I ended up with three slightly smaller, square Battenbergs instead of two larger but squashed cakes.

Cream the butter and the sugar together until light and fluffy.

Add the extracts and beat again.

Add the eggs one at a time with a small amount of flour to prevent it curdling. 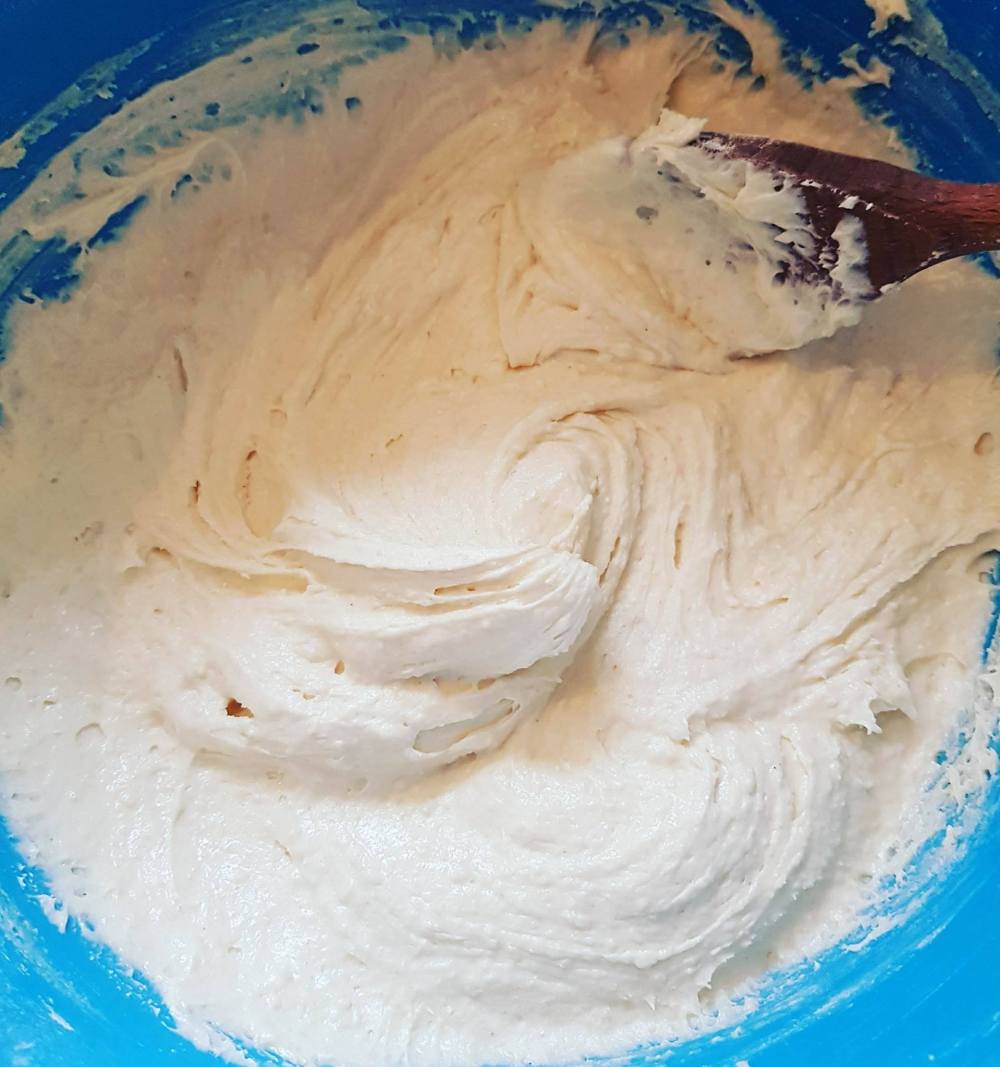 Take out half of the mixture and add a small amount of red/pink rood colouring until the batter reaches the desired shade.

Pour the two colours of batter into different sides of the tin and bake for 20-25 minutes until a skewer inserted comes out clean.

Leave to cool on a wire rack.

Beat the butter for the icing and add the icing sugar and vanilla.

Beat until soft and smooth.

Trim the edges off the cakes to remove the caramelization.

Cut each cake in half lengthwise and trim until each piece is square.

Roll out the marzipan to you desired thickness.

Place the cake (icing side down) onto the marzipan and add a thin layer of buttercream to the exposed side of cake.

Wrap the marzipan around and trim off the excess.

Trim the edges of the cake the reveal the classic Battenberg pattern.

Use the excess marzipan to decorate the cake.

Let me know if you try this cake at home or tag me on Instagram (@thatcookingthing). I love seeing what you guys create.

If you enjoyed this, why not try my Coffee and Walnut cake or for more of a challenge, my Chocolate and Orange cake? If you are also interested in savoury food, see here for last week’s post about macaroni cheese.

Have a good one and I’ll see you next Monday with a recipe for a wonderfully simple butternut squash soup, perfect for dinner on a winter day!