Now I know that I always say my recipes are delicious (it would be appalling self-advertising if I didn’t…) but this one is genuinely incredible. This super fluffy cake with a light orange flavouring rolled up around a creamy orange mascarpone filling and decorated with bright orange shapes turned out to be one of the most popular things that I have baked. It was originally a bit of an experiment when I was practising decorating swiss rolls as I had already made a tiramisu swiss roll with chocolate stripes and I wanted to do something that would display a beautiful swirling rainbow around the outside. Clearly a white background would be best for this to get a good contrast and so a plain swiss roll was the first choice. At the last minute, I chucked in some orange extract (zest is better but I wasn’t properly thinking as anything with whipped eggs is time dependent so long deliberations are not something you have time for) and then I baked the cake. I knew I was going to use a mascarpone filling and thought ‘why not make it super orangey?’. Luckily, the final flavour is easily identifiable but isn’t too much. It balances really well.

When you use citrus in baking, you traditionally only use the zest and the juice. The zest is the outer later of the skin which contains a lot of flavour and aroma carrying oils. You can see these spraying out when you zest the fruit so I would always do this directly into a bowl as then all the oils are collected and used in the final product. Directly beneath the zest is the pith. This is the thick, white layer before you get to the segments of the fruit. The pith does contain flavour however it is incredibly bitter and so you do not want to include this in your baking. When you make marmalade you use the entire orange, pith included. The fruits are juiced and the juice strained to catch all of the pips and fibres. A spoon is used to scrape out the remains of the pith (there will be some which comes out easily but there will also be a layer of white left behind – this is ok) which is combined with the pips and fibres from before. These contain a lot of the pectin which will be extracted during the cooking process. Don’t worry, these bits are normally wrapped up in a thin cloth or muslin (we use a J-cloth) so the pectin can be utilised but the unpleasant pithy flesh can be easily removed from the final product. Marmalade is different from jam as it usually contains chunks of peel. After juicing, the peel is sliced up thinly and boiled for a couple of hours before being added to the pot with the juice, pith and sugar before boiling commences.

Different types of citrus are used for different things. Seville oranges are usually used for marmalade as the pectin content is higher than other varieties so the marmalade will set better. Other varieties have been selectively bred to have super thin skins, making them easier to peel. Oranges themselves are a hybrid plant between the pomelo and the mandarin – pomelos being large, thick-skinned and a little bit bland which helps cancel out the sweetness of the mandarin. Lemons are far more tart than most other citrus so work in both savoury and sweet foods whilst grapefruit – the most acidic of the citrus fruits – can go to hell and stay there. OK… maybe grapefruit isn’t quite that bad and actually, it too is a hybrid (this time of the sweet orange – which we just call oranges – and the pomelo – again). There are sweet varieties grapefruit but usually they are rather bitter. This has led to its use in salads and as an accompaniment to seafood, and bizarrely avocado as the sharpness of the fruit cuts through the richness of the avocado. Grapefruit is also known to interact with drugs because of the enzymes it contains so make sure to check any prescription medication you have before you eat one!

Now back to the orange. As it is a sweet fruit, orange is usually used in sweet dishes as I have done in this case. It is very easy to make the swiss roll and I’m sure you will enjoy this recipe just as much as I have.

Zest of half an orange

Zest of one and a half oranges

To make the stripes:

Cream the icing sugar and butter until light and fluffy.

Beat in the egg white.

Beat in the flour.

Add food colouring until the desired shade is reached.

If necessary, add a little more flour to bring the mix together if the liquid from the dye causes it to split a little.

Cut a sheet of baking parchment to the size of the base of your swiss roll tin.

Lay the parchment onto a flat worktop and criss-cross it with Sellotape – you can make whatever pattern your heart desires but remember, the final design will be where there is no Sellotape. 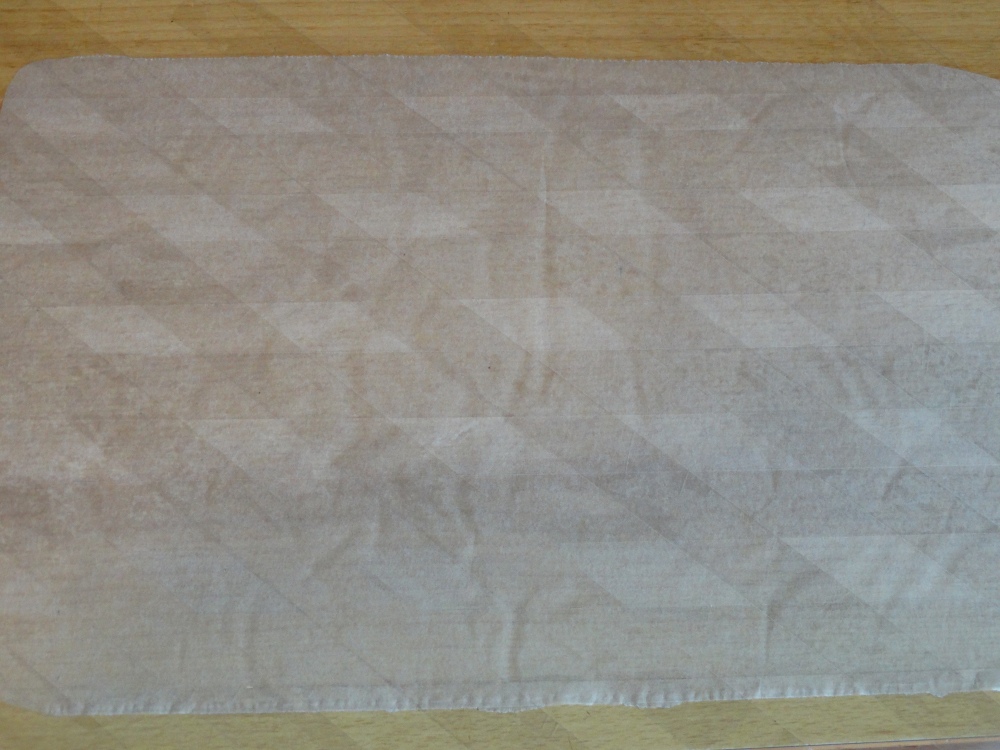 Use an offset spatula to spread a thin layer of the orange cake mix onto the exposed areas of parchment.

Remove the Sellotape to reveal your pattern. 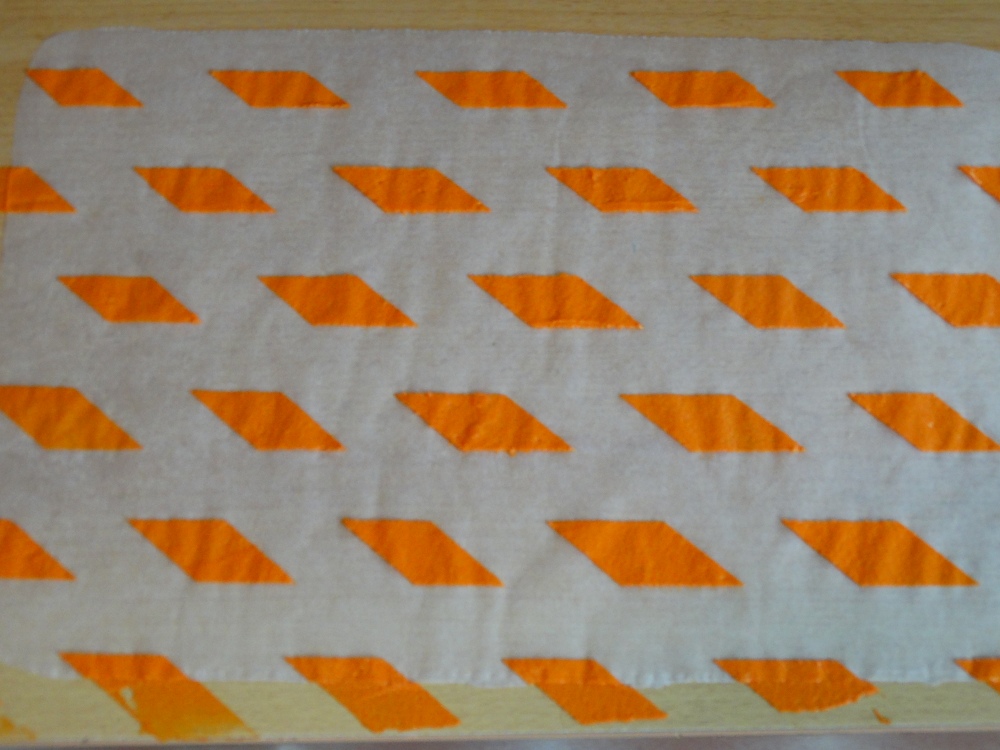 Pipe the orange mixture into whatever pattern you desire across the baking parchment. Remember that any pattern will be reversed on the final cake!

Place the sheet in the freezer for twenty minutes.

If you are doing the orange stripes/pattern, start this about ten minutes after the decorative pattern goes into the freezer.

If you are not doing a decorative outside for the cake, cut a sheet of baking parchment the same size as your swiss roll tin and lay it in the base.

Tip the eggs and sugar into the bowl of a stand mixer with the balloon whisk attachment.

Turn the mixer off and zest half an orange straight into the bowl. When you zest an orange, lots of oils are sprayed into the air and if you do this directly into the bowl, the oils and flavours aren’t lost.

Beat this for another 30 seconds to make sure the orange is distributed evenly. The mixture will probably gain an orange tint when you do this.

Remove the bowl from the stand mixer and sift the flour directly into the bowl.

Fold the flour through until it all combined. 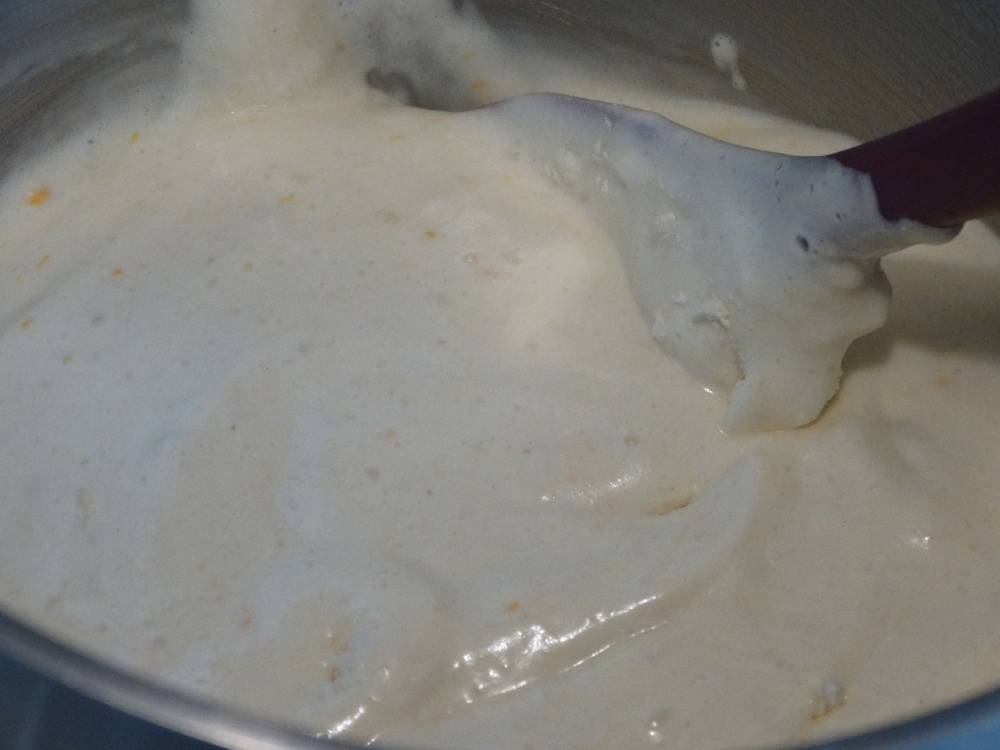 Add the water and fold this through too.

If you are using the frozen decorations, remove the baking parchment from the freezer and place it into the base of your swiss roll tin ensuring that it is flat.

Tip the batter into the lined swiss roll tin and spread it out with an offset spatula. Be gentle and bake sure not to scrape the bottom of the tin as this will disrupt any pattern you may have created there.

Bake for 10-12 minutes until the cake is lightly golden on top and slightly springy.

Remove the cake from the oven.

Loosen the edges from the side of the pan and sift a thin layer of icing sugar over the top of the cake.

Lay out a piece of parchment paper on a flat surface and flip the cake over onto it.

Remove the parchment from the base of the cake to reveal your pattern.

Take a tea towel and soak it in cold water. Wring out as much as you can and then lay this over the cake to stop it drying out as it cools. This will take about half an hour. If the towel seems like it is drying out, you can remoisten it.

While the cake is cooling, make the syrup.

Place the sugar and water into a pan and heat whilst stirring until the sugar is all dissolved.

Leave to cool and just before using, add the triple sec.

To make the filling, beat the zest from one and a half oranges into the mascarpone for at least thirty seconds – I do this with an electric hand whisk.

Beat in the sugar.

Pour in the cream and slowly mix together. At first this will slacken the mixture but as you beat it, the cream will begin to whip up and thicken again.

Stop when you have a filling that is spreadable but will hold its shape.

Flip the cake onto another piece of parchment so the pattern is on the base. Make sure that the nice end of the patter is away from you as the edge furthest away will become the outside.

Spread the top of the cake with the orange syrup mixture.

Spread the filling over the top of the cake in an even layer making sure to get all the way to the edges.

Using the parchment paper, roll up the swiss roll from one of the short sides. You may have to get your hands in there at the start but once it starts to roll, the paper will do the rest of the work.

Tightly wrap the roll up (I use the parchment I rolled it with) and leave it in the fridge, seam side down, for fifteen minutes to set it fully in position.

Remove the cake from the fridge, trim the ends and serve! 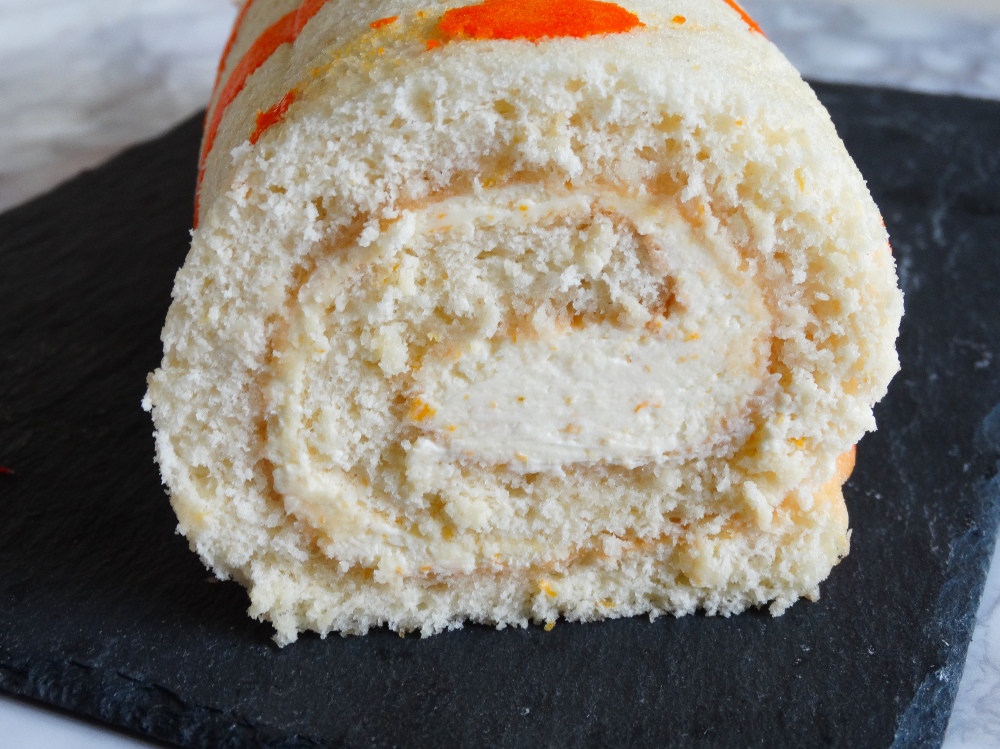 This cake works wonderfully as a dessert but a slice of it is also always welcome with a cup of tea as a snack. If you fancy trying the tiramisu swiss roll I mentioned earlier, I have a great recipe for one or if you aren’t a coffee fan, why not have a go at the chocolate swiss roll wrapped in ganache to make a yule log?

Have a good one and I will be back next week with a great pulsey dish.