This post marks the end of the second year of That Cooking Thing’s existence. When I started back in August of 2017 I had no idea that I would still be creating weekly recipes two years later. Many blogs seem to fizzle out within a few months of their inception and, to be honest, that is kind of what I expected to happen with this one. I was going into the Master’s year of my undergraduate degree and really didn’t have the time to spend writing weekly posts and making pretty dishes for the Instagram but here we are – procrastination is a powerful motivator for things you do not have time to do. I am now coming towards the end of my second degree and even with the working life looming ahead I hope to continue this blog for the foreseeable future.

I thought that it would be nice to revisit an old recipe and jazz it up for the final post of the year. This recipe was the second savoury one I posted: a chicken and mushroom pasta bake. I like to think that I have come on in my techniques and cooking ability since then, and this updated recipe hopefully shows that. The biggest difference from the original recipe is that this one is vegetarian; there is no chicken to be found in this dish. You could, of course, add chicken if you so wished and it would still taste excellent, but with the growing number of vegetarians and vegans in the world I like to make sure that my recipes are as accessible as possible to as many people as possible. I still eat meat (although with the current political climate and possibility of a significant change in the UK’s food standards, I cannot say that this will not change in the near future) but lots of people don’t and I like to make recipes which do not come across as meaty ones that have just had the chicken or beef etc. removed. Vegetarian recipes should not need meat to be delicious!

Instead of a stock and cornflour-based sauce, the sauce for this bake is based around mushroom paste. The first thing you do is blend mushrooms until they are almost a puree (a far finer chop than you would use to make a duxelle) and then cook them to drive off all the liquid and really intensify the mushroom flavour. This mushroom paste, when mixed with cream cheese, will become the base of the sauce. It should be noted that this sauce can be put on anything you like – it doesn’t have raw egg or cornflour so you can just eat it as it is. You could even serve it as a mushroom pate! The remainder of the mushrooms are then cooked down and the liquid they release is collected and stirred into the sauce to slacken it. All this liquid will be absorbed into the pasta when it cooks in the oven giving it a far stronger mushroomy flavour. I went a bit wild and bought some posh woodland mushrooms for this as I wanted it to be a bit celebratory and didn’t want to use just the standard mushrooms but obviously the recipe does work just as well with those.

Cheese is an important part of this dish. Whilst most pasta bakes have a crust of cheese on top, this one also has chunks of mozzarella stirred into it so when the bake comes out of the oven and is served, all of the stringy goodness can be seen and it is really satisfying finding a big blob of cheese in the middle of your portion. Other cheeses could be added too: goat’s cheese works well with mushrooms, parmesan is always welcome in this kind of dish and cheddar is good too if you don’t want to go out and buy special cheese just for this. The final decoration on top of the cheese crust – finely chopped parsley and basil – is sprinkled over the bake after it comes out of the oven. This prevents the herbs from burning but also means that the aroma isn’t driven off during cooking. The heat from the pasta bake will wilt the herbs and cause them to release their fragrances before propelling the smell of fresh basil through the room as the herbs heat up.

I hope you have enjoyed the blog so far and that you use the recipes. If you do, let me know in the comments or tag me on Instagram @thatcookingthing – you could also use #thatcookingthing because I seem to have commandeered the hashtag. If you have friends who would like these recipes, let them know about the blog because I would love to help and inspire more people in the kitchen.

See you next week for the third year of That Cooking Thing!

In the bowl of a food processor, blend 250g of the mushrooms with half an onion, two cloves of garlic and 60ml water until it is a thick paste (it doesn’t have to be fully pureed). 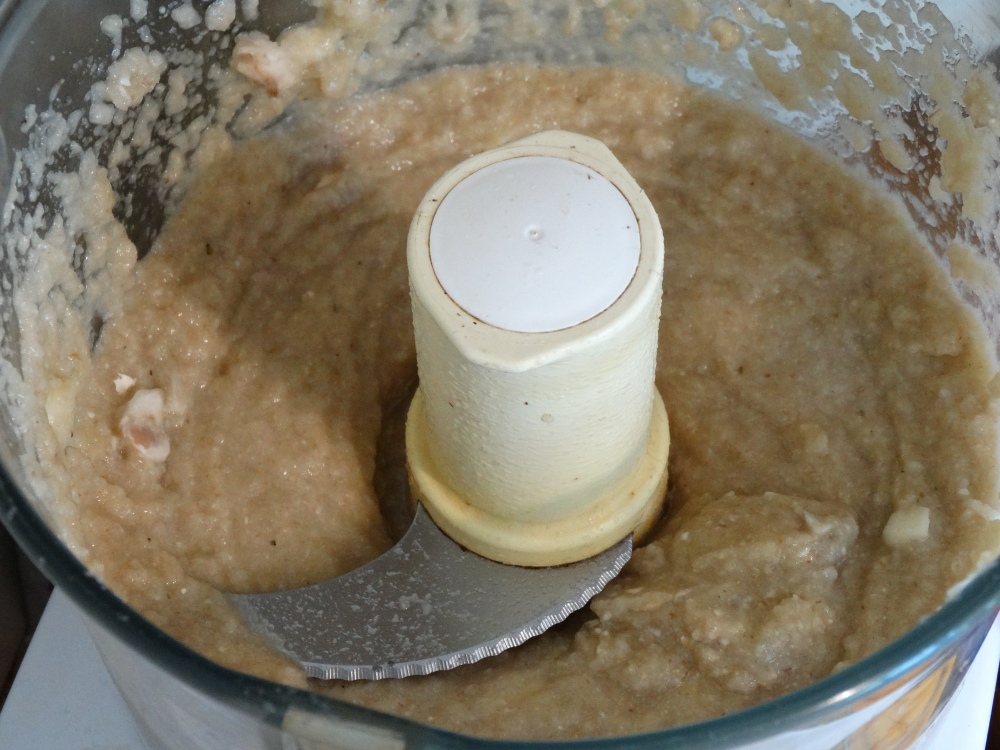 Pour this out into a large pan and cook until the majority of the liquid has boiled off (about 10 minutes). It should be rather sludgy at this point. 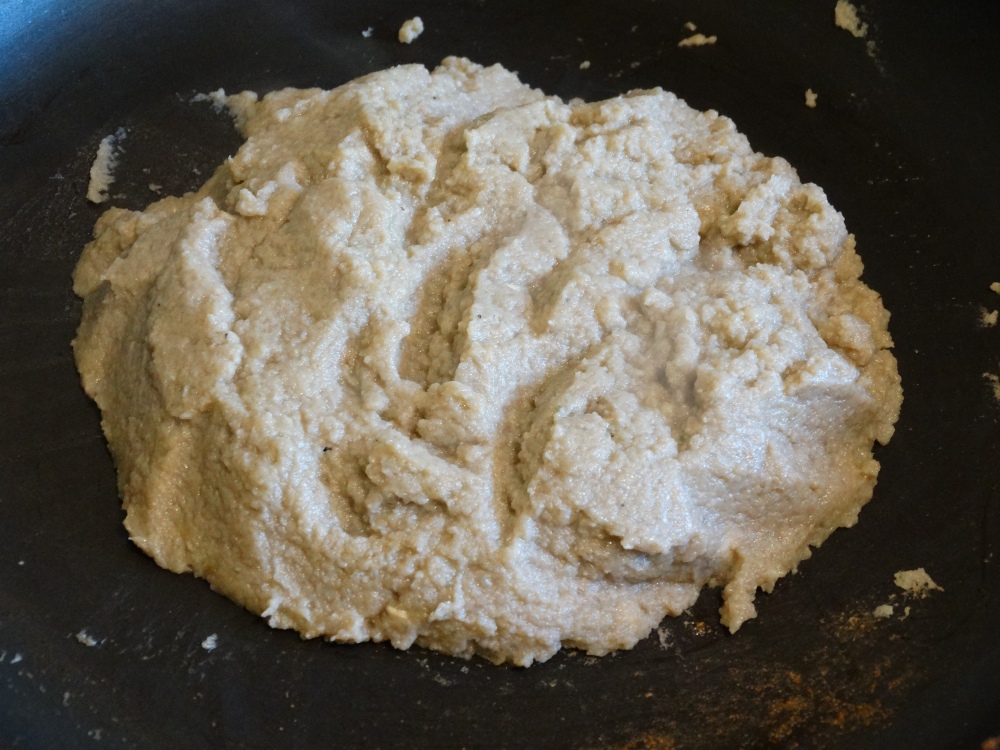 Tip the mushroom paste into a bowl and add the cream cheese. Stir to combine.

Finely chop the rest of the onion and sauté it in a pan with the remaining oil.

While the onion is cooking, chop the remaining mushrooms into quarters (or sixths depending on their size).

While the mushrooms are cooking, start cooking the pasta. You want to take it off the heat and drain it about two minutes before the packet says it will be done as it will continue to cook in the oven and you don’t want it turn mushy.

Drain the liquid from the cooking mushrooms into the mushroom paste and stir it through. Taste and season with salt and pepper. This will become the sauce. 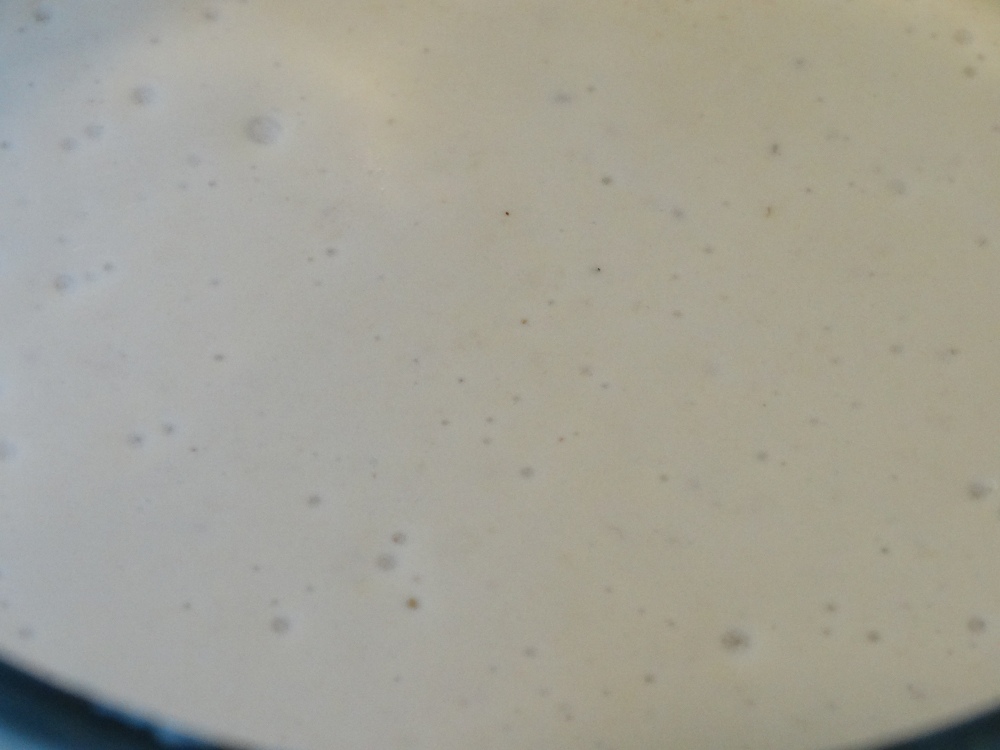 Once you are happy with the seasoning, stir in the cooked mushrooms.

Grate two thirds of the mozzarella and chop the rest into 1cm cubes. Finely grate the parmesan. Set the cheese aside.

Drain the pasta and stir through the sauce.

Allow to cool for a minute and then stir through the chunks of mozzarella, the parmesan and half of the grated mozzarella. Do not stir it too long as the heat of the pasta will start to melt the cheese. You just want it evenly distributed.

Tip the pasta into a greased dish and top with the rest of the mozzarella.

Bake for 40 minutes at gas mark 6 (200°C) until the top of the bake has turned golden and crispy.

Finely slice some fresh basil and parsley and sprinkle this over the top once the pasta bake is removed from the oven. The heat of the bake will cause the herbs to release their oils and the aroma will come out without the herbs drying and burning as they would in the oven.

I hope you enjoy the recipe. I have made this several times recently because it is just so good! I also take it for lunches because it tastes fab cold as well as hot. If you like mushrooms, you should have a look at my mushroom carbonara dish as it is amazing – you could even make your own fresh pasta for it.

Have a good one and I will be back next week with an amazing recipe for a truly celebratory cake.