I am a huge fan of sauces. They can transform a dish and the right choice of sauce can cover a huge multitude of sins. The biggest issue that can arise when making a sauce is the consistency. You don’t want it so thin that it runs off the other elements of a dish but if you thicken it too much, you will end up with a paste which isn’t particularly pleasant either!

The two most important methods of thickening a sauce (in my opinion) are with a cornflour slurry and using a roux. These are probably the methods that most people would use without special preparation as they don’t require fancy ingredients. Cornflour slurries only require you to have cornflour and water in the house and a roux is made using fat and flour – I use butter but other common ingredients include oil and dripping. While there are other options such as a beurre manié (a dough made of flour and butter which gets stirred into sauces), arrowroot (a starch like cornflour but less common in recipes) and xanthan gum (a thickening agent and stabiliser), most people don’t have the ingredients just lying around or the time needed to make up a beurre manié last minute. In most cases when I want to thicken a sauce, I need to do it now! [I feel like I should mention that you can use egg to thicken sauces too but this will affect the taste of the sauce and is also risky if you are in a hurry – you want a smooth sauce, not a watery liquid with chunks of scrambled egg in it.]

Lots of sauces start with a roux – béchamel, mornay and velouté to name just a few. All the roux requires is melting a small amount of butter in a pan and whisking through an equal quantity of flour. The flour cooks in the butter and then liquid is slowly whisked into the sauce. The moment you start to add the liquid, the sauce will begin to thicken dramatically. Initially, it will almost turn into a wallpaper paste like consistency as the flour thickens all at once but as you continue to whisk in more liquid, the sauce will thin down. Roux based sauces do tend to be slightly heavier than cornflour thickened ones but the starch from the roux means that the sauce will cling magnificently to whatever it is poured over and will carry incredible amounts of flavour.

The teriyaki sauce used in the recipe below is thickened with cornflour. The cornflour is mixed with water and then slowly added to the boiling sauce until the desired consistency is reached. With something like meatballs, you want the sauce to coat the outside without gluing all the meatballs together. You also want the sauce to be glossy and dark – more like a thick glaze. This is why cornflour is ideal. Unlike a roux, cornflour thickened sauces do not have to be opaque or pale. The cornflour needs to boiled in the sauce to cook fully, which will not only thicken the sauce but will remove the nasty, raw flour taste that uncooked cornflour has. Another thing to note is that teriyaki sauce will thicken more as it cools. This is both because of the cornflour in the sauce but also due to the sugars and salt. If you are intending to eat these meatballs cold, allow the sauce to be a little on the runny side when it is hot. You can toss the cold meatballs in it again when it is cold to re-coat them.

These meatballs are baked both from a health perspective but also a time and effort one. Because the teriyaki sauce is strongly flavoured, frying the meatballs will not affect the flavour greatly but will take a lot of time and can get quite messy. If you do try both baking and frying, let me know how it goes and if you think the final products are hugely different!

Work time: 1 hour (most of this is forming the meatballs)

Finely dice the spring onions and tip into a bowl.

Add the rest of the meatball ingredients and mix together until everything is evenly distributed. I find this easiest to do by hand.

Shape tablespoons of the mix into balls and place onto a baking tray lined with parchment paper.

While the meatballs are cooking, make the sauce. 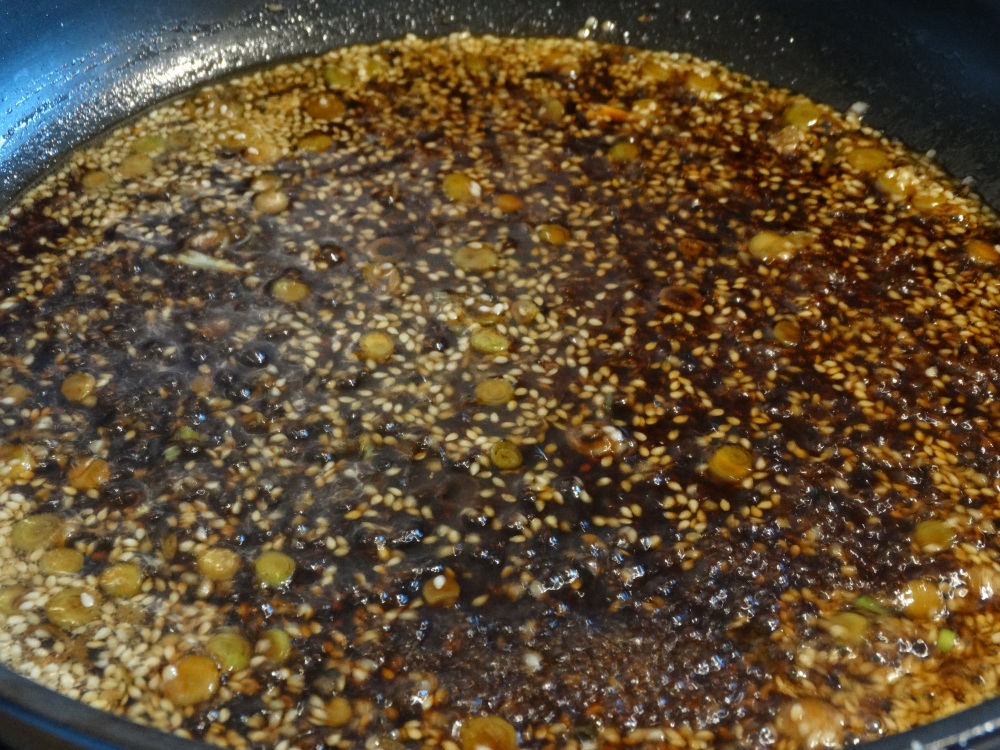 Thinly slice the spring onions and grate the garlic into a large frying pan.

Pour over the mirin, soy sauce and sesame oil and sprinkle in the sugar.

Heat until boiling and allow to simmer for five minutes.

Reduce the heat and tip in the cornflour slurry – make sure to stir continuously until the sauce has thickened a little – this will allow it to coat the meatballs.

You will know when the meatballs are done as they will start releasing the fat contained in the beef.

Serve over rice with your choice of vegetables. 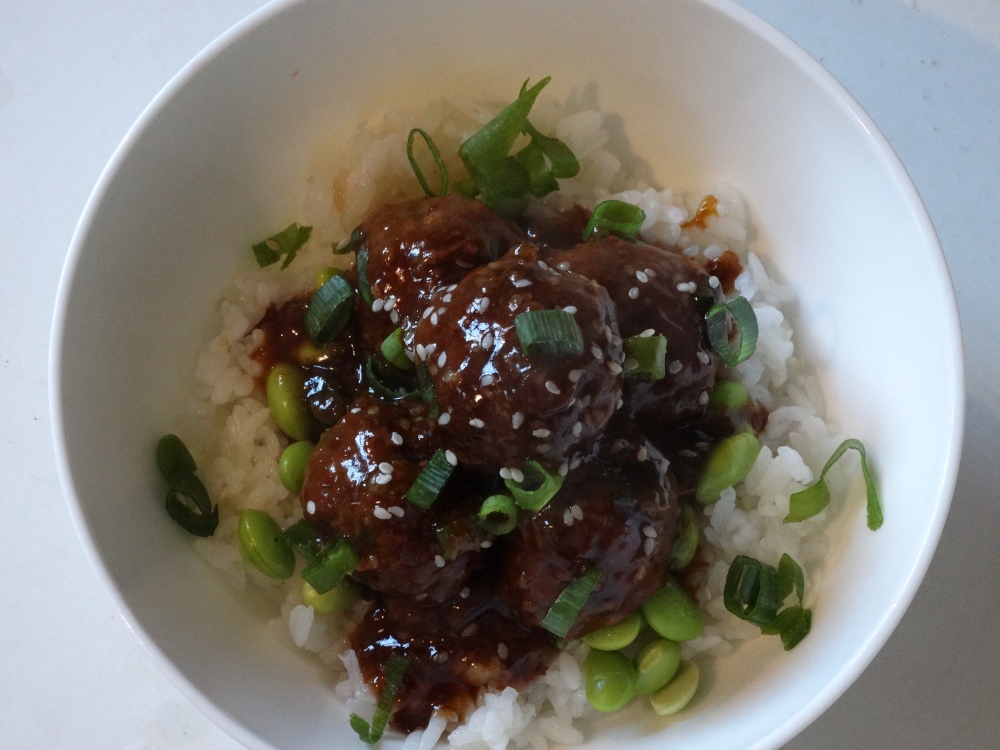 I hope you enjoyed the recipe. This sauce is amazingly versatile and can be used for any kind of meat or meat substitute.

Just as a quick note, recipes will probably not be posted on Mondays for a bit – it will be a little later in the week as life is super busy at the moment but I still want to bring you guys the weekly recipe!

Have a good one and I will be back tomorrow (to make up for the long wait for this recipe) with a lovely, festive recipe!